I grew up with parents who loved God in a truly relational way. Church was important, I spent most days of the week there from infancy onward, but what they wanted the most for my sister and me was to have a personal, transforming relationship with Jesus. My world growing up was also female-centric. I had no brothers, and outside of my immediate family the only cousins I regularly saw were all girls. I had two aunts that I regularly interacted with, only one of whom was married.

I say all of this because it would never have occurred to me to place women in a certain social sphere. The women in my life were in every sphere: stay-at-home mothers, working mothers. You name it, I knew a woman who did it.

Spiritually this was also true. My spiritual growth was impacted by women of God from the very beginning. It was Sister Mabel, during Sunday school, who lead me in the prayer to ask Jesus into my heart when I was four years old. It was Sister Helen who taught me about Passover and the amazing miracle God performed to rescue his people from bondage. It was Sister Rubie and Sister Sandy who, song after song, taught me doctrinal truth and the order of the books of the Bible. These women are just the tip of the iceberg.

The pages of my childhood are filled with women of God who poured into my life in amazing and valuable ways. There were men of God who influenced me as well and I am just as grateful for them. Not just for what they taught me, but for their willingness to work side by side with their sisters in ministry.

If anyone had asked me as a child and pre-teen if women should be allowed to lead the same as men, I’m not sure I would have understood the question. There were places where people thought women couldn’t do those things? It wasn’t possible! This was just my perspective of course. I don’t pretend to know any of the politics that might have been happening behind the scenes of my childhood. Maybe there were hard fought battles and maybe there were not.

All I know is that what trickled out to me was a clear understanding that God calls people to do his work. That’s it – just people.

In college, when I began to understand that some people believed women were unable to hold certain leadership positions I experienced two emotions almost simultaneously; anger and self righteousness. I was angry that people dared to believe that I was unable to perform certain tasks for the body of Christ just because I was a woman. But I also felt a sense of pride as well. After all my church believed that women could be senior pastors. My denomination believed that women could hold all the same leadership positions as men. We were so much more enlightened than these other people who didn’t see women as equal to men.

And then I began to feel a little uneasy in my gut. Sure, my church believed that women could be in leadership. It said so right in the statement of our doctrinal beliefs. But how many women senior pastors did I know? How many women preached from the pulpit of the church I attended every Sunday?

Does it really matter if a church believes in equality of women in leadership if they don’t actually put it into practice?

Belief and practice were not lining up and it was very distressing. For a long time I waffled back and forth between sadness and anger, not knowing where to land. I couldn’t draw a connecting line between those who thought women shouldn’t be in leadership and the men that led the churches I attended. The pastors I interacted with valued women. I knew this because I experienced it and saw other women in my life experience it as well.

There were so many strong female spiritual leaders in the church I had grown up in and in every church I had attended since; they just didn’t have the title of pastor.  And yet, I couldn’t deny that it rubbed me the wrong way to see the absence of women on boards, in the pulpit, and in spheres outside what is typically considered “women’s ministry”.  There were women in my life who were not only eager but qualified to serve and yet for whatever reason were not being given that opportunity. It was disheartening to say the least.

I’m not going to wrap this up with a neat bow. I didn’t come to an easy solution. In fact I haven’t come to any solution at all. Sarah Bessey experienced this type of tension in her own life as well and I love the solution she talks about in her book Jesus Feminist:

It was painful to question the very system I came to know Christ in. It’s true though that by leaning into the pain I’ve began to see a way out of it. I often want answers to be a zero sum game where someone is right or someone is wrong; someone is bad or someone is good. But leaning into righteous pain has taught me that the answers I seek are not “or” but “and”.

I can be patient with my church family because I love them and they love me. What I need to do is not give up. The body is made up of many parts. I see one of my roles as being a reminder that while we are doing well with gender equality in leadership, we still have work to do.

So in some ways the churches I’ve been a part of carried on the status quo, but they are learning. The men who run them are learning.

These learning men join my father who always let me know, not just in words but in actions, that he valued the spiritual leadership of my mother and expected great things from my spiritual life as well.

These men and others like them join the women in my personal story as people who shaped the person I have become – a woman who calls herself a Jesus Feminist. 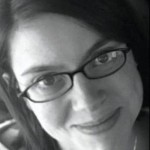 Janelle Saaybe is a twenty something Jersey girl who loves to write almost as much as she loves to talk. After graduating from college she settled into a nine to five job life until her desire to write overwhelmed her. She blogs about books, television, Jesus, and feminism over at http://faceparts.wordpress.com/